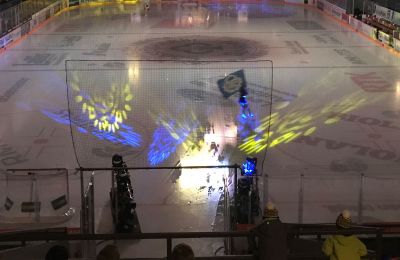 The "Lätkä-Voitto" robot is one of the experiments that Yle is running in the field of automatically generating journalism from data. Voitto automatically writes articles in Finnish and Swedish based on ice hockey result and statistics data.

The generated match reports have been published on the Yle website and the Yle uutisvahti application. In addition to the code itself, the source includes a data set from the Mestis and Womens League for this year. The data is in industry standard JSON format and other data sources can be adapted to work with Voitto with a reasonable amount of changes.

This will allow developers diving into the code to try the application with real data. Yle News Lab chief Jukka Niva says that journalism is amidst a seismic shift. At best using robots to write routine articles free time, so journalists can spend more time on creative tasks.

Voitto is written in the Scala programming language running on the Java platform. It licensed under the permissive MIT license and the source code, documentation and the dataset from tilastopalvelu.fi is available on the GitHub service: github.com/Yleisradio/avoin-voitto