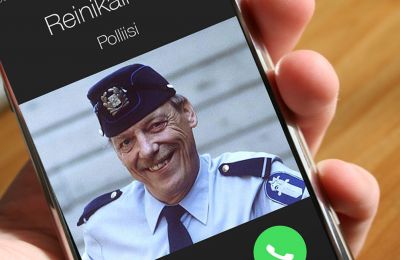 Police in eastern Finland are investigating a case where a police impersonator called from a number coming from a phone number registered to the Finnish Police. The authorities warn the public in case more attempts are made.

Detective Chief Inspector Kari Kuokkanen told Yle that in one case two separate attempts were made. In both cases the callers number had been stored in the phone number. According to East-Finland Police understates that these calls were not made from the phone network of the authorities.

Currently the police is unaware of how the faking was done. They continue to investigate the case, stating that "Technology is mysterious and makes a lot of things possible". The case is the first known case where a fraudster has been able to fake the Caller ID of the police. The attempted fraud targets were living in Joensuu, but it is not known if that is related to the case itself.

In the calls the fake police officer had told the victims that their bank account has been emptied and that the police needs the online banking details to investigate the case. All the people who had answered the calls were alert and refused to give the access details over the phone.

The fraud attempt has prompted the authorities that the Police will never ask for credit card details or bank login information over the phone. The phenomenon became so widespread during 2017 that the police believes it is done by an organised crime group.