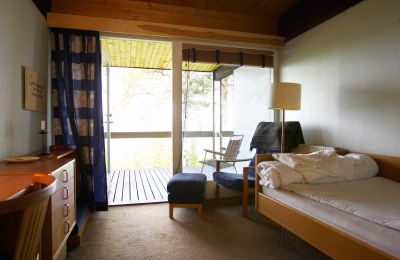 The Finnish real estate market has seen an increasing number of trading in the recent months. For some years relatively few properties have been sold, but during the first half of 2016 the market is livening up.

The average selling time for a flat is around 5 percent shorter compared to the same period in 2015 at an average in the Nordic country. In the metropolitan area around Helsinki the number was 7 percent. Flat prices rose by an average of 5 percent compared to June 2015.

The average selling time for flats in June 2016 was around 69 days and in 56 days in the areas sorrounding the capital. For houses the times were reduced by an average of 3 percent, bringing house selling times down to 112 days at an average and to 103 days around in the Helsinki area. House prices remained flat.

The upswing of the property market in early 2016 is partly due to the change in legislation, limiting the amount of mortgage to a maximum of 90 percent of the total value of the flat or house. It is believed that many on the market for a flat or a house wanted to trade before this.

The law came into effect on 1st of July 2016 and aims to stabilise the financial system and limit excessive borrowing by households. To allow first time buyers an entry to the market the maximum limit of mortgage is 95 percent.

« A custom Mercedes-Benz sidecar motorcycle from Finland - The new "boat tax" in Finland delayed, targets motorcycles and mopeds too »