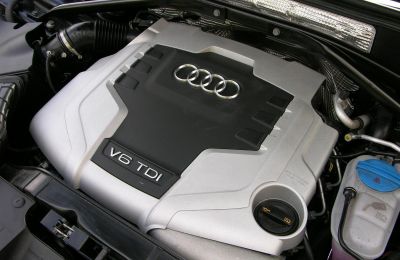 The Dieselgate incident where the German automaker Volkswagen and it's brands like Audi, Porsche and Skoda put a dent in the reputation of diesel as a fuel. To sell diesel powered cars in the United States, Volkswagen cheated the emissions tests with a "defeat device".

Popularity of diesel engines grew in popularity in cars after a new generation of turbo diesel engines became available in the late 1990's. European brands such as BMW, Citroën, Mercedes-Benz, Renault and VW. Volkswagen used it's TDI engine moniker in Audi, Seat and Skoda brands that share components to keep cost down.

For a long time diesel was seen as a fuel for professional transportation needs such as lorries, vans, trucks and taxis in Finland used the fuel. The particle emissions were a known issue caused by the technology, visible to the in poorly tuned cars in the form of black soot emissions.

Diesel engines are very efficient and use little fuel and release less carbon dioxide than a gasoline powered car of similar power and displacement. However the particle emissions were (and are) an issue, and in Germany some cities started requiring particle filters from cars entering city centers. Diesel cars are very popular also in France, but Paris has decided to ban diesel cars completely by 2030.

Since the Volkswagen cheating campaign was busted in 2015 there has been a backlash against Diesel cars in General. This is especially harmful to German auto producers like Audi and BMW who need Diesel to keep average emissions at bay.

Manufacturers of German saloons have long relied on masculine image (cars for real men), with older used cars with large engines commonly referred to as German deathtraps in Finland. These cars often ending up in unfortunate headlines of testosterone pumped teen men injuring or killing themselves and bystanders in injuries.

Diesel engines can be made to reach strict emission standards, with technology like AdBlue - a diesel exhaust fluid injection system that chemically renders the emissions harmless. The technology has been available for some years, with Mercedes-Benz using the technology in it's cars since 2006.

The downside of AdBlue is added cost, which drove Volkswagen to jeopardize the environment and public health in return for profit. The company has since been forced to adopt the technology, but the dent in the reputation is already done.

The Fukushima nuclear incident in Japan following the 2011 earthquake lead to prompt action to drive down in Nuclear Power in Germany. The Dieselgate incidents have had similar reprocussions - German consumer demand for Diesel cars is waning as hybrids and electric cars pick up pace. Volkswagen itself is injecting $40 Billion into development of electric vehicles and it's Porsche brand is dropping diesel powered models.

The elephant in the room are the Diesel cars already in the country. Around 2 Million cars are sold in the country each year. The average age of the German diesel cars is 4.8 years, where as in Finland the number is 7.54 (average age of road vehicles in the EU). The rate of the national fleet of cars in Germany is significantly higher than that in Finland.

According to Autoalan Keskusliitto, a motoring union, the average age of an imported car was 9 years with 140,000 kilometres in the clock. With many Finns continuing to favor Diesel cars it is inevitable that polluting cars from Audi, Volkswagen and other makes will be imported to the country. From the total of 30,000 cars imported 30% were diesel powered. This is alarming as the Nordic country can be seen as a dumping ground for what the Germans view as obsolete automobiles.

Finland is a sparsely populated country and particle levels will not reach dangerous levels in many places. However larger cities like Helsinki, Oulu, Kerava, Tampere and Turku are of typical density level at the european. During the winters cold engines pollute significantly more than optimally working warm engines, making for a significant increase in emissions for months in a year.

Volkswagen's appetite for growth hurt public health, the consumer and accelerates warming in the Arctic

The sheer scale of Volkswagen's operations makes the impact to the global environmental conditions significantly. The company voraciously chased market share to beat Toyota to become the largest auto maker in the world. This lead to many compromises in engineering that consumers paid the price for.

Unreliability of TSI engine cam chain mechanism, common DSG transmission failures and the Audi E888 engine design flaw that caused excessive oil consumption are just some examples of the symptoms of targeting growth. Consumers ended up being "beta testers" for technology that was not thoroughly tested - especially quality of VW mechanical solutions has been shoddy in the recent years.

More than two years after the Dieselgate broke, there have been investigations and penalties have been paid by VW. But consumer memory is short and profits are again at record levels. As a dent to the plan the Nissan-Renault-Mitsubishi became the largest auto manufacturer, followed closely by Volkswagen Audi Group (VAG) with it's Skoda and other brands. Toyota now holds the third place in global sales volumes.

In addition to effects on the citizens of Finland the accumulation of particle emitting cars to the Northern regions in Europe accelerate global warming as the particles gather sun rays and heat. Much of the man-made floating particles end up in arctic regions ro speed up melting of snow and ice. This adds to the damage done by the former VAG management and it's questionable business practices.

While the imported oversize luxury sedans and SUVs aren't likely to get the moniker of a German Deathtrap any time soon, they certainly have a relation to this sinister term. Not in the crash-boom-bang of a high-speed car accident, but as utilities slowly suffocating the planet.