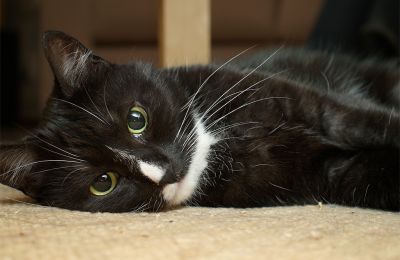 The first cat cafe opened in Taiwan in 1998. Since that time they have expanded and exist in multiple countries around the world. For the longest time an establishment of this kind did not exist in Finland Helsinki. They have had one in Tampere called Purnauskis. Read more about Cat Cafés at Wikipedia.

On July 15th 2015 the first Cat Cafe in Finland opened it's doors in Helsinki. The locations is a permanent residence for some 6 to 8 cats. In the beginning there are five kittens and one cat. All the cats have been domestic cats which for whatever reason have now been left homeless. Cat Cafe Helsinki wants to give them a new home and a new start.

Pasi Nikkinen, the founder of Cat Cafe Helsinki says: "The aim of the cafe is to create a meeting place for both humans and cats in the middle of Helsinki. You can have good coffee, tasty snacks and wondeful cats at the same time. We want to build a whole new and positive community."

You can also purchase shares of the company and become a shareholder in the business.

The cafe is located in ​Fredrikinkatu 55, Helsinki (near the Kamppi Metro station. Note that you have to reserve a time for your visit beforehand. Read more from the Cat Cafe Helsinki website and Facebook page.