FogScreen, the creator of the water vapor projection surface is bankrupt 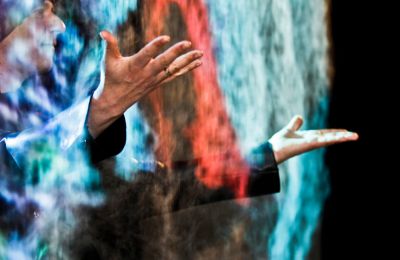 FogScreen, the startup developing an image projection surface built on water vapor has declared bankcruptcy in 2013. Development of the technology has continued in another company.

The FogScreen is a device that vaporises water to produce a veil of vapor that can be used to project images or video on. The Seinäjoki based FogScreen gathered a lot of international attention in it's early years.

The projection surface is made of microscopic water drops, making it unique in the sense that it can be walked through. The wall is maintained with airflow. The company planned to sell it's gear to theme parks, nightclubs and other public venues. See an example of the FogScreen in action in the video below:

The company also had a subsidiary in California's fabled Silicon Valley. In 2007 the company listed 20th Century Fox, Disney, Nokia and Victoria's Secret as it's clients. Unfortunately the extravagant technology was not feasible to produce at a price that the market would accept.

The FogScreen company went bust, but development of the technology has continued in a company called Fogio. Fogio purchased the IPR to the technology. It can further develop and market the technology. In 2016 the new company made a turn over of 840,000 euro and a profit of 34,000 with three employees.