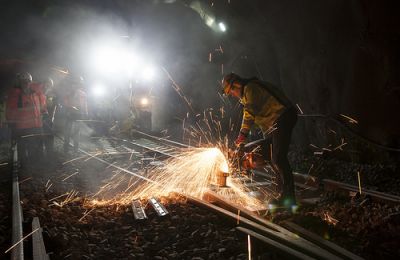 The extension of the Helsinki metro system towards the west to Espoo was supposed to start in mid August 2016. In June the company behind the project revealed that opening will be delayed.

On thursday 30th or June the Länsimetro Oy company stated that the system maybe ready in January 2017. According to the revised project schedule construction and component testing will be finished during October.

After this the different stations' systems will be tested together to ensure compatibility and safety. The company is careful in it's wording when it comes to opening the extensions for travelers in January, stating that test traffic "may begin" in January 2017.

The exact schedule is still open and will be confirmed once there is enough experience from the integration tests of the systems. According to CEO Matti Kokkinen "the Metro is a complex system whose deployment carries many risks. It is impossible to estimate the exact schedule at this point."

Once the company itself is content with the results the department of Rescue Services in Helsinki and Espoo will evaluate their safety. Once they have given the green light, the construction safety bodies of the two cities will need to approve it for use.

Once these are done, the Helsinki Regional Transport company will decide on the schedule that the system is opened to the public.