How the new Finnish tobacco law changes the use and import of tobacco products, including eCigarettes 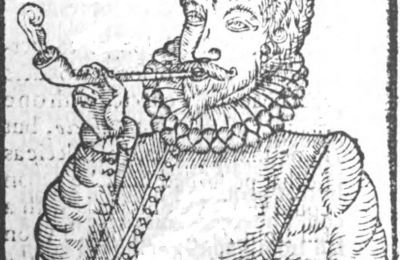 On Monday 15th of August 2016 the new stricter tobacco law in Finland came to effect. It will introduce quite a new new limitations to import, sales and use of cigarettes and other tobacco products. Imports from outside of the EU is only allowed if the trip lasts over 24 hours, for example.

One of the main goals of the new legislation is discouraging young people from starting smoking. To do this the product packaging will now need to cover more than 65% with graphic images displaying some of the harms tobacco products can cause.

2. Flavored tobacco products to be banned

Tobacco based flavors like oriental tobacco will continue to be allowed and in cases of dispute a special committee will decide whether a specific flavor is allowed or not.

In the recent years the tobacco industry has introduced a new flavoring method. Instead of infusing the flavors to the tobacco mix itself, the taste has come from a capsule. Such products will be outright banned from sale in Finland.

4. eCigarettes will be subject to tobacco legislation

The rise of eCigarrettes has prompted the law makers to classify it as a tobacco product. They will be subject to the same regulations as traditional products while they do not contain tobacco at all.

This means that all limitations regarding the sale, display and marketing will apply to eCigarette products as well. In addition nicotine containing eCigarrette liquids will no longer be subject to medical law and will be available for sale via the same channels as tobacco products.

Importing tobacco products from outside the ETA countries will only be allowed if the visit lasts over 24 hours. The rule is meant to curb trafficing via land and sea borders as air travellers are exempt. In addition there is a mention that imports should be for "personal use", but this call is for the border control to make individually.

7. Smoking on balconies can be banned

Smoking has been banned in shared spaces within housing companies. With the new law in place the housing companies can now seek for bans for balconies and other outdoor locations where smoke can travel indoors to apartments.

8. Banning smoking in cars with children on board

It is now prohibited to smoking in an automobile when there is a person under the age of 15 are present. The limitation does not apply to living space within vehicles, so for example it is still legal to smoke within a recreational vehicle with children on board.

The sales of Snus continues to be banned, but imports from neighboring countries such as Sweden and Norway will face new limitations. Before the new law was in place, travellers could bring with them a total of thirty 50 gram units of Snus. The new limit is set at 1000 grams, and actually represents an increase in some Snus products.

10. eCigarettes will have an age limit of 18

Juveniles under the age of 18 can no longer be in possesion of eCigarrette liquids.