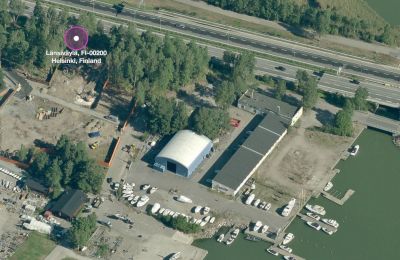 IKEA, the Swedish retail chain selling furniture and other household goods, has announced plans of opening a new store in Helsinki, the capital city of Finland. This would be a third store in the metropolitan area, as the company already operates locations in Espoo and Vantaa.

In a press release the company states that it is applying for a permit to build a new facility in Koivusaari, an area in Helsinki. The new building would be a combination of the Ikea store as well as other retailing spaces. Office and a hotel would also be placed in the concept that would be reachable by the new Länsimetro, a westward expansion of the city's subway system opened in 2017 after significant delays.

The structure would partially overarch the Länsiväylä high way leading westward towards Espoo. The building would not have the hallmark yellow and blue color scheme the IKEA stores are known for. The design is intended to blend to the architecture of the area.

The application will be processed in a meeting of Helsinki environment board on Monday March 6th. After that further approval is needed from the industry division of the city. If approved, the reservation and permit would be valid until the end of year 2020.

IKEA would need to give more details on it's plans by summer 2019 or the permit will be invalidated.IKEA property manager Ann-Christin Pilviö told Helsingin Sanomat that the company has been looking for a suitable location in the city with good public transport. Earlier the company was rumored to build a store in Pohjois-Pasila or in Jätkäsaari, but these efforts failed to materialize.

Helsinki "Urban IKEA" to complement the six stores in Finland

The new retailing and business complex would not be directly comparable to it's stores in Espoo and Vantaa. The idea in this case is to build an "urban IKEA" that would need to match it's surroundings better than a traditional megastore or hypermarket.

The Koivusaari district is a developing area, with Helsinki planning to build homes for thousands of people on the island. Earlier plans also included placing the store to Leppävaara in Espoo or to Kalasatama in Helsinki, but eventually Koivusaari was the best location to match the company's expansion ambitions in the greater Helsinki region.

In total the company currently operates a total of 6 IKEA stores in Finland country in cities of Espoo, Jyväskylä, Kuopio, Raisio, Tampere and Vantaa: