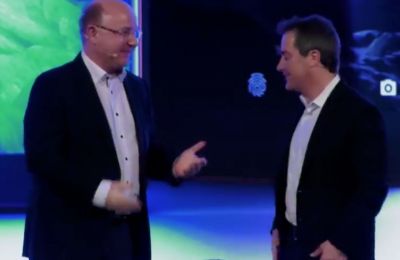 HMD Global, the company who designs and manufacturers smartphones with the Nokia brand announced a partnership with Google on the Android Operating System at the MWC. In 2011 Nokia decided against partnering with Google and when with Microsoft and it's Windows Phone instead.

Nokia and Microsoft failed to gain traction on the smartphone market, and eventually Nokia sold the Mobile Phones business to Microsoft for $7.2 Billion in 2014. Since that time the company has focused on networking and other technology ventures.

HMD Global, a company set up in Finland started marketing and selling phones with the Nokia brand. The company has both feature phones and smartphones in it's range. Microsoft exited the smartphone market soon after the Nokia acquisition. With Satya Nadella at the helm Microsoft to create apps like Microsoft Office of Android and iOS devices.

With iOS being an Apple exclusive - the new Nokia smartphones are running the Android Operating system from Google. The devices from HMD Global have been available since early 2017 and have gained significant traction in some markets. Apparently the Nokia brand still has quite a bit of value in markets in India and South East Asia.

Today at Mobile World Congress 2018, an industry trade show, Nokia announced new Android devices. From the ultra-cheap $85 Nokia One with "Android Go" to the flagship Nokia 8 the HMD Global smartphone the company now has a complete range of Android phones from the very low end to the high end.

After the devices were introduced, Jamie Rosenberg from Google stepped on stage. He announced that HMD Global and Google were stepping into a "deep partnership", that could be described as marriage. Google will continue to work closely with Nokia. The Nokia 1, is already the first step as it is the greatest cooperation the internet giant has done with any manufacturer on the lightweight Android Oreo (Go Edition).

Nokia devices from HMD Global are running a version of Android to be as close as possible to stock distribution. This has enabled the company to keep software development cost low, and the operating system updates flowing. Nokia Android devices get security updates each month, something quite unique in the Android landscape.

All Nokia devices already have access to the latest Android versions, and will have receive the future version currently known as "Android P" as soon as it comes available later in 2018.