MicroFibrillated Cellulose (MFC) made from wood can replace plastics in bottles, cosmetics and medicines 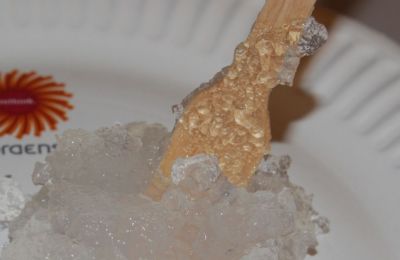 Stora Enso research centre in Imatra is studying how Micro Fibrillated Cellulose (MFC) could be used to create transparent drinking bottles. The natural material made from wood, can replace plastics in many applications in the coming years.

The research done by the Finnish Forestry Products company is driven by the requirement by industries using packaging material, who are increasingly seeking for more environmentally materials to replace plastics. The company has been producing the material since 2011. Researchers the Eastern Finland city of Imatra researchers working on MFC believe that mass production and use of MFCs only a few years away.

In an interview to Yle Jukka Kankkunen from Stora Enso says that they will be able to replace plastic bottles with transparent Micro Fibrellated Celluloce in the future. The properties of these bottles would be identical to plastic bottles, but recycling is easier as no oil based materials are needed for production.

Kankkunen is in charge of commercializing the product and says it is a revolutionary product, but admits that years of product development is still needed. In addition to Finland, MFC materials are also being researched elsewhere. In Denmark first bottles made from wood will hit the market in 2018 and in Japan companies have developed films that can replace plastics used for solar panels and smartphone touch display.

The field is a hotbed of innovation and there are thousands of patent being filed in the area globally. Stora Enso currently holds over a hundred of them. From receiving a patent commercial production will usually take some five to ten years. The company is investing in it's Inkeroinen facility to allow production at scale in the future.

Micro Fibrellated Celluloce can be used in many different application. In addition to packaging material, a variant of it is used for cosmetics as well pharmaceutical industries industries in medicine production. This is material expensive, at up to $800 USD per gram. But milk cartons can be manufactured from cheaper materials. Stora Enso has been producing MFC for some years now and the packaging materials.

Currently MFC packaging is being used for food packaging as well as product packaging for electronic devices such as smartphones. Kankkunen states that variations of the material can be built to block oxygen, fats and even water in the future. This means that significant quantities of packaging plastics could be replaced by natural products.

In addition to packaging and chemical products the fibre could also be used as a construction material for buidings. When dried the fiber is as tough as aluminium. As an example, a 3mm thick layer of construction grade MFC is something that cannot be broken by force of hands.

MFC is part of the Finnish foresty industry's revival

Finland is a country in Northern Europe. It's Europe's 8th largest in size, and some 65 percent of the area is covered by forests. Pine, fir and birch are the most common species - and has formed a significant industry cluster. From construction materials to paper and pulp the Forestry Industry is a significant part of the economy.

After the turn of the millenium reduced demand in paper and other products sent the industry to a crisis. There were multiple closures of factories and thousands were laid off. In the recent years the forest industry has enjoyed a comeback. Significant investments have been done in the country and wood as a sustainable product is attracting attention in new areas.

In addition to paper and packaging products, the new mills in Finland are increasingly used for bioproduction of chemicals such as tall oil and turpentine. Tall oil and turpentine can be used for production of biofuels, glue, ink, odorants and paints, for example. Clean heating fuel can reduce black soot emissions and production excess heat is directed to district heating, similar to the Yandex Data Center heating the city of Mäntsälä.

Mass production of Micro Fibrillated Cellulose is still not common, but the product has a huge potential market as a replacement for plastic. Plastic waste in the oceans has recently made headlines after BBC discovered some 800 kilograms of plastic in a whale. This prompted the broadcaster to ban single use plastics by 2020.

Much of the plastic that ends up in polluting the seas and oceans of the earth are bottles and other packaging materials. Replacing these with bio-degradable natural materials seems like a no-brainer and this country of some 5,5 Million people and an estimated 3 Trillion trees could play a significant part in this.