Microsoft study: Employees in Finland feel the most productive in Europe 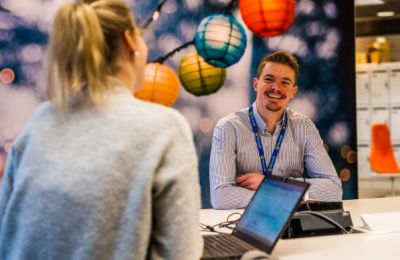 Technology is a major driver in the contemporary business world. Management is eager to adopt new technology to boost productivity, but a Europe wide study conducted by Microsoft shows this might not be enough.

According to results only a fraction of Finnish employees feel very productive at work. On a positive note, the results for Finland as a whole is better for than other European countries. A total of 21 countries participated in the study focusing on the views of workers on the technology use at work.

The results come from an online questionnaire, where 15,9 percent of Finns reported they've got a strong digital culture at a work and 18,5 percent responded that they feel very productive during the working day. In other European countries this is lower, topping at 11,4%.

The study was done together with KRC Reseach with over 20,000 total respondents, an average of a thousand per each participating countries. Previous Microsoft studies have shown that Finnish companies understand the meaning of efficient use of digital technology, but it has been spearheaded by technology - not by improving culture.

Andreas Korczek from Microsoft Finland underlines that even though use of digital technologies is advanced in Finland, there is still a lot to do when it comes to seamless application of them into daily working life. People are often frustrated by unfinished systems, slowness of devices and lack of introduction to tools.

To this Korczak suggests management lead by example as well as appointing personnel, "digital heroes", who will aid co-workers with technology. The study is available for download in English: Embracing Digital Culture