Mortgage margins at pre financial crisis levels in Finland: 0,25% in 2018 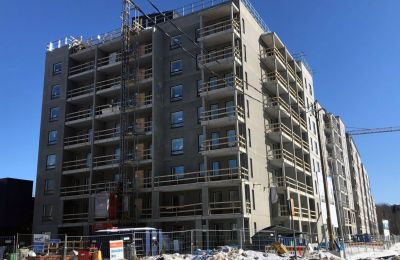 Competition for mortgage customers is heating among the banks in Finland. The banks are willing to offer low margins to attract new business as the economy is on an upswing.

Finnish financial magazine Talouselämä interviewed Hypo CEO Ari Pauna about the market situation in early 2018. According to him the situation resembles the time before the financial crisis hit in 2008. Mortgage margins are hitting lows, especially in capital region.

According to Pauna a household with good solid solvlency and sound collateral, margin discussions are started from around 0,7 percent. Lowest margins are easily less than 0,5 percent and even as low as 0,25 percent. The key difference is that low margins are only available for growth regions such as the greater Helsinki region, Tampere, Turku and Oulu.

For mortgages in peripheral locations there is pressure to raise margins. This is because there is limited competition as remote locations might only have a single source of credit. They can name their price, and migration loss areas also carry a higher risk. Pauna states you could go as far as claim that mortgage customers in rural areas are funding the competition in cities.

Another key difference is that the interest rates in 2007-2009 were significantly higher than they were today. The common 12 month Euribor was moving from 4,5 to 5,5 percent at that time, but now that same interest is negative at -0,19%.

In theory the price of money for the borrower can be as low as 0,06% with a 0,25% margin. In practise terms for new loans prohibit negative interest. In addition there is pressure in the Euro area to raise interest after years of ultra-low rates caused by lax monetary policy.

Founded in 1858, Hypo is the only credit institution in Finland that specialises in housing. The bank offers mortgages, savings accounts, credit cards & financing for housing companies. Hypo does not offer daily banking services like daily use accounts like most other banks.