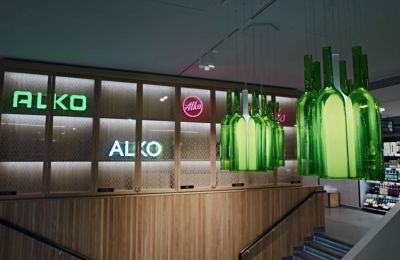 The National Coalition Party in Finland is recommends that the alcohol monopoly Alko be dismantled. The Kokoomus board will propose this in the party congress next month.

The decision was made in the Seinäjoki meeting, where the board unanimously agreed to support the proposal. According to the board the alcohol monopoly is outdated. The purpose of Alko is to prevent alcohol related problems by spreading information and controlling supply. Nowadays the dangers of alcohol abuse are common knowledge.

The National Coalition Party believes that the state spirit retail monopoly can be dismantled in the coming years. Liberating sales should be conducted gradually, and resellers would need to acquire permits for liquor sales.This would ensure that there is no consumption peak due to surprise availability of Jägermeister in supermarkets, promoting spontaneus boozing up.

The decision was driven by a survey done to party members where over 80% of Kokoomus members supported canning the Finnish alcohol monopoly. The change is seen as a step towards more european alcohol policy, instead of artificially prohibiting shitfacing. Removal of the Alko system would be a good step in distancing Finland from it's nanny state image.

It is likely that in June 2018 Kokoomus will be the first party to officially question the unique position of Alko, which is said to be a relic more suitable to the 1970's rather than the 2020's. Regardless of what happens, one statement remains true: Parannuskeinoa krapulaan ei ole