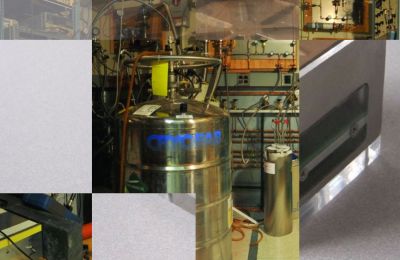 SK Telecom top brass has reportedly had a meeting with Nokia Bell Labs Chief Technology Officer at the Mobile World Congress (MWC) trade show in Barcelona. SK Telecom is the largest carrier in South Korea and a leader in 5G deployment.

Nokia Bell Labs CTO Marcus Weldon met with SK Telecom CEO Park Jung-ho met to discuss an undisclosed technology known as "The Sleeve". The discussions were reportedly around collaboration around new wearable devices and technologies, though the exact nature remains a mystery.

The Bell Labs research organization is one with a long and respectable history. The US-based technology research shop has yielded technologies such as the DSP, the UNIX operating system and the C programming language. Bell Labs joined Nokia as a part of the Alcatel Lucent acquisition in 2016. The unit continues as an independent operation.

Nokia has dabbled in wearables in the recent years by acquiring french company Withings, only to find little success in the arena. As opposed to wearable devices like smartwatches or headbands, the Sleeve is said to be a high-tech textile material. The fabric can provide a novel control method that could replace touchscreen smartphones in the near future.

The fast fifth generation (5G) networks would be a requirement to provide high fidelity Virtual Reality (VR) and Augmented Reality (AR) experiences. The technology is still at a prototype level and only usable for demonstrations, where as Nokia Bell Labs plans that production products would have the strength and flexibility of human skin.

While not a health device per se, the advanced textile material could be used to collect health data from users wearing the textiles. With Nokia also building 5G network gear the group could also be able to provide integrated solutions to telecomm operators like SK Telecom.

Nokia Bell Labs is also the technology partner in the Vodafone venture to building the first 4G Cellular Network on the moon. The network will be used for communication of a rover by built by Audi delivered by a SpaceX Falcon rocket with a Wärtsilä powered floating platform.

« Wärtsilä plays key part in each SpaceX launch, collaboration talks with Tesla - First Outlet Village in Finland to open in spring 2019 in Vantaa, near Helsinki »