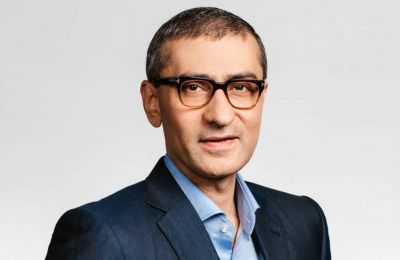 This week creme de la creme of mobile communications have been gathered in Barcelona in the Mobile World Congress trade show. At the MWC 2018 all the companies showed their best gear and made predictions about the future. Nokia CEO Rajeev Suri said that the deployment of Fifth Generation (5G) mobile networks is proceeding faster than expected.

According to Suri Nokia has received ten new 5G piloting deals with operators, all of which will start in 2018. He believes that the first commercial tests will be done already during the second quarter of 2018. First commercial production networks are expected at the end of year or early in 2019.

According to the Nokia chief the first large scale deployments will be in China and the United States. The leaders are closely followed by Japan and South Korea. In Europe he believes 5G connections will be available at scale only in the early 2020's

Suri also believes specific European markets like the Nordics could see the technology in use earlier before 2020. In Europe investment in fifth generation networks are slowed by the fact that operators are still looking to use their 4G gear for some while.

Data transfer in Europe remains much cheaper than in the US and Japan, where the average monthly bill in Europe is a third of that in the US and a half of what is in Japan. The cost structure for 5G networks will be different because it will require a lot more base stations which will operate a wide spectrum of bands.

Suri believes Nokia is at a unique position here as the company can provide end-to-end services, from backbone networks to to cellular networks and all the way directly to the data centers. In addition the company hase created products known as ReefShark and AirScale that can be updated from 4G to 5G networks.

Other telecomms gear providers like Ericsson and Huawei were also showing off their latest 5G deals in the event. With 5G cellular network trials ongoing in Finland in the cities including Helsinki, Oulu, Tampere and Turku. Users in the network can expect up to 14x improvements as shown in field trial benchmarks between 4G LTE vs 5G.

In addition to 5G mobile gear Nokia also announced WiFi devices as well as wireless "last mile" technology cooperation with Facebook: Wireless "last mile" technology from Nokia & Facebook to bring Gigabit broadband. The company has recently struggled with it's investments, and is looking to discard the Health devices business it acquired from Withings, a French company.

Nokia branded smartphones from HMD Global also received updates and a Nokia 8110 Matrix Phone retro model. HMD Global announced collaboration with Google on it's Android OS. This is quite a turn from the 2011 Nokia-Microsoft deal which is described in the free eBook Operation Elop.