OECD: Social security too generous in Finland — Universal income a no go 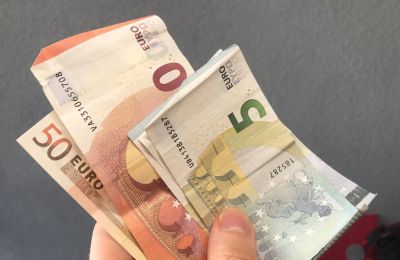 The OECD today published it's country report of Finland. This report evaluates the strengths and weaknesses of the country's economy. The key observation is that there are few incentives to work as the social security benefits are generous. The organisation recommends reforms to welfare.

The Organisation for Economic Co-operation and Development is an intergovernmental economic organisation with 35 member countries, founded in 1961 to stimulate economic progress and world trade. In the report OECD recommends that the Nordic country follows the lead of the UK in it's welfare reform.

Finland is lagging behind the rest of the Nordic countries in citizen's participation in the labor market. A smaller percentage of people are working than in Iceland, Norway and Sweden. This is attributed to generous social benefit payments, cost of child care and high taxation. Denmark is in a similar situation where the public finances are under strain under high costs.

A combination of these mean that for many it is not financially beneficial to go to work, but rather be working from home. Finland has acknowledged this earlier and proceeded with universal basic income trial with a limited group in 2017. Participants in the trial received no social security benefits, but instead got a monthly tax free payment of 560 Euro (approximately 630 USD).

Universal income would not fill the sustainability gap

The OECD believes universal basic income is not the solution to the country's problems. The United Kingdom reform model compared to it, and the report recommends that Finland reduces the social security payments given out to people able to participate in the job market. In addition reducing taxation would motivate citizens to work more - thus costing less to the state and earning more after taxes.

This is a challenge as the social services should still be kept at the current level. Some tools for this are reducing the unemployment benefit extensions given to people who are close to retirement age. The system currently bridges older workers last years and retirement in case the employees are let go and are unable to find new work.

As a sparsely lived country Finland needs workforce mobility. On average Finnish citizens are reluctant to move from one city to another depending on where work would be available. Instead of taking the leap of selling houses and moving to another area with work, many choose to stay put and live on benefits or doing random work on the side. OECD believes this would further be boosted by adopting universal income.

Another area where the OECD believes that radical changes is home care support. It recommends that the current form of the system should be completely dropped. The Finnish parliament has had discussions with the organisation's representation, but talks lead to a dead end. All in all the trouble with reducing benefits are halted by the political realities as given benefits are difficult to remove without losing popularity.

The United Kingdom is gradually implementing a Universal Credit method for it's public welfare system. This generic form of social benefits combines all forms of social benefits to a single sum that varies depending on income. This is believed to reduce bureaucracy and improve the efficiency of providing public services.

In the report the Univeral Credit beats Universal Income in stiffling income inequality and poverty. It also incentivizes working in all situations of life. Key to this system is building a real time income and benefit tracking system that will reduce fears of back payments of given securities. Starting in a job after a period of unemployment without having to worry about received benefits will lower the treshold of working.

Building and funding a welfare nation is increasingly difficult in a globalized economy. This is primarily due to international taxation competition which has lead companies and individuals to move taxation to tax havens like the Bahamas, Luxembourg and Switzerland. In addition to capital taxation, income tax for the vast majority should also be lowered in the country to keep it attractive to top talent to remain competitive.

Property taxes should be increased and removing tax breaks for mortgages should be continued and eventually removed completely. Corporate taxation in Finland is not especially tight in comparison to many countries and the OECD believes there is room to raise community taxes paid by corporation.

All in all the OECD remains positive on the outlook of the Finnish economy. The organisation is more cautious than many others in it's growth estimates, set at 2,5 percent for 2018 and 2,0 in 2019. The report is written by OECD economists Christophe André, Jon Kristian Pareliussen and Hyunjeong Hwang. Local economists have also been consulted, but they are not named in the report.