Opening of western extension to Helsinki Metro delayed by months 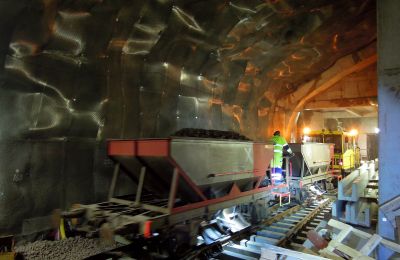 The extension of the Helsinki Metropolitan Area Metro towards the west in Helsinki and Espoo is delayd. Originally the traffic was supposed to start on August 15th 2016, but due to technical reasons the opening is delayed. The exact length of the delay is not known, but is estimated to be several months.

Announced on June 10th, the delay is caused by risks in technical systems deployed in the transit system. The Matti Kokkilnen, the CEO of the company behind the endeavour, Länsimetro Oy, states that safety is first. While it is unfortunate that the opening is delayed, it is of utmost importance that the public will have a safe and reliable Metro at their service.

At this point there are no details on exactly when the extension will open. Before the new section of the underground transport system can be taken into use, it must fulfill all safety regulations. This requires thorough testing of all systems and that officials have approved the facilities and systems.

The bus schedule changes in western parts of the Helsinki Regional Transport (HRT) that were already done according to the original opening schedule of the Metro extensions will be executed as planned. This will cause significant disruptions to commuters and HRT has already started planning for an interim schedule.

During next week the HRT will be in contact with the bus companies operating in southern Espoo and Lauttasaari Helsinki to arrange the temporary transportation lines. In addition the trains traveling on the adjacent rails in Espoo will have more carriages attached during rush hours starting from mid August.