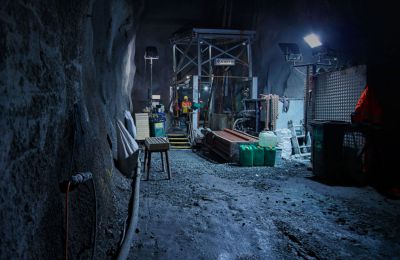 Ore discovery grew rapidly in Finland in 2017. According to Finnish Safety and Chemicals Agency (Tukes) a total of 61,4 Million euros were spent in ore discovery in the country. This is an increase of over 50 percent year over year.

Total mining investments grew by 25 percent to 303 Million euros and a record 120,4 tonnes of ore was extracted.

The amount of ore discovery drilling in Finland amounts to some 273 kilometers, around the same length that it is from Helsinki to Jyväskylä. A total of 46 companies searching for ore deposits reported themselves to TUKES, who controls the mining A majority of operations are searching for gold, but copper and nickel are also in demand as the global economy soars.

In addition to the more traditional resources, the prospects in the battery technology industry project an increasing demand for cobolt, lithium and graphite. This is adds to motivation to dig the stuff out of the ground. The city of Vaasa is also trying to catch the battery wave as it woos Tesla to build a Gigafactory facility near the energy industry cluster on the West coast.

According to the Annual Survey of Mining Companies 2017 published by the Fraser Institute, Finland is now the best investment for mining companies in the world. The Nordic country is attractive to investors because of the good mineral potential, strong geological data and a stable society. All of this adds to the appeal for long term investments such as mining.

The survey was done in from August to November 2017 and yielded a total of 360 answers from mining industry professionals around the globe. Finland topped the chart for the first time, leaving the Canadian province Saskatcheva second and the state of Nevada third. Out of countries located in Europe, Ireland and Sweden took silver and gold respectively.

The largest mines investments were done to the Kevitsa mine in Sodankylä, the Suurikuusikko mine in Kittilä, the Talvivaara mine in Sotkamo and a number of mines in Siilinjärvi. There are 11 active mines in Finland, but most are operated by foreign companies.

It is worth keeping in mind that mining is not without it's risks to the environment and the economy. A fresh reminder are the financial blunders and the environmental disaster caused by the Talvivaara Mining Company. In addition to ecological damage, a lot of small investors lost their funds on the venture that was listed on the London and Helsinki stock exchanges.