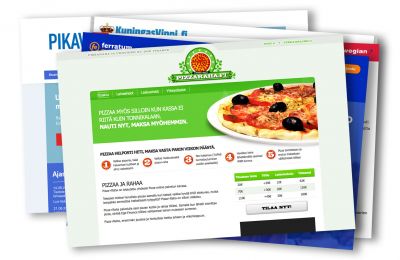 Small short-term unsecured loans known as payday loans are popular around the world. The terms and high interest rate in these "cash advances" can be deceitful, which is why the Consumers Union in Finland wants to curb the advertisement of these so-called pikavippi loans.

The organization aims to protect consumer interests, provide education and raise consumer awereness. It believes that banning the advertisement for the loans would be one of the most effective ways to avoid overindebtedness.

The organisation reminds that advertisement of short-term loans with high interest rates was prohobited in the Netherlands in the summer of 2017. Juha Beurling, secretary-general of the Finnish Consumers Union, says that currently it is impossible to avoid the marketing messages of these providers.

Beurling goes on to remind that the flood of ads encourages those in a weak financial position to take up their first loan. This can easily lead to a spiralling cycle of debt that is difficult to recover from. The union supports the actions recommended by the working group tasked to tackle inequality in Finland.

The group led by professor Juho Saari recommended that to set a maximum interest rate for loans in excess of 2,000 euros. Other actions in the report are social welfare reforms, improvements in merging work and family life, increasing affordable rental housing and halving homelessness in Finland