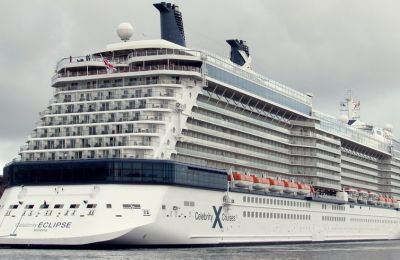 266 International cruise vessels visited Helsinki, Finland during the 2017 season. In total the number of visitors added up to 478 000, which is an all time record. The season started on May 3rd and ended on October 18th,

Growth from the year 2016 is some 17%, but the previous record for visitors was from the year 2015, when 436 500 visitors landed in Helsinki harbors. The added capacity makes the industry expect further growth in 2018.

During the 2017 season a total of eight new cruise ships visited the city, and on the busiest day on 3st of Mayb there were six vessels anchored carrying over 11 000 passengers. The largest groups of nationalities where from the United States of America (26 %), from Germany (25 %) and from the United Kingdom (10 %).

According to a study by the City of Helsinki, during the summer of 2017 the cruise visitors brought a total of 32 Million Euros to the Capital of Finland. On average a tourist uses some 63,70 Euros, and those visiting tours and other attractions a total of 92,70 Euros. The average length for a visit in Helsinki is around five hours.