Salaries of Web Developers in Finland 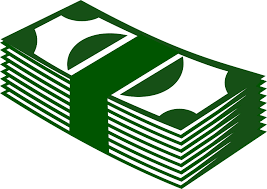 MeetFrank is an online service that was launched in fall 2017. It is a new type of recruitment service that aims to open up salary information from the very beginning. You can anonymously browse suitable jobs - the job ads must have salaries stated. This is not common in Finland.

MeetFrank operates exclusively as a mobile application, and according to the company the service is off to a good start. There are currently over 20000 job seekers in their system - the number includes both Finnish and Estonian citizens.

In the first week of 2018 there are over 400 technology jobs available, and typical offered salaries are higher than the industry standard in finland. For example, for a Scrum Master the average offer is 72000 €, for a web developer the average is 50000 € and a competent front end developer can expect some 56000 € annually.

The sums are before tax and do not include benefits or the holiday compensation, a half months salary, payable during the summer months to employees. In January 2018 the market for Web Developers familiar with JavaScript, .NET and Java remains strong. Especially React.js development and Full Stack Developer capabilities are in high demand.

Currently the market is an employee's haven as companies are fighting over competent workers. High wages is one tool that employers are using to attract top talent, but flexibility and working environment remain highly valued attributes among job seekers. Average pay is highest in the Capital Region, which includes cities of Helsinki, Espoo and Vantaa.