Sci-fi movie Iron Sky 2 delayed once more, but still set for release in 2018 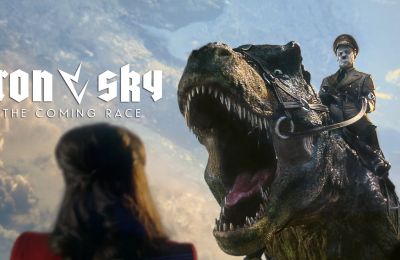 The sequel to the crowdfunded Iron Sky scifi movie from 2012 is facing more delays. In the first movie a group of Nazis hid in a secret base behind the moon to return to power in the present day. The sequel continues on the same theme.

Iron Sky: The Coming Race is estimated to cost around 18 Million euros. The movie was shot way back in 2015, but post production work faced delays due to budget challenges. According to produced Tero Kaukomaa and Director Timo Vuorensola new funding has been secured.

Both key people sold stock in the production company to secure more funds to complete the movie. Originally the movie was scheduled to be released in early 2017, and the most recent news up until now that the movie would be in theaters in August 2018.

Now the movie has been pushed to later in 2018. The extra time is used to improve editing work. Visual effects are being worked on by German company Pixomondo, who has also been responsible for multiple Hollywood movies as well as Game of Thrones TV-series.

In addition to financial woes, the movie project has also sparked controversy among fans who invested in the movie. There is also ongoing litigation on whether five creators of the original movie hold copyrights in the series and that the sequel is without sufficient rights.

In it's long production time there have been multiple trailers released about the Iron Sky sequel. You can see three of them below. More information from the Iron Sky Universe website.