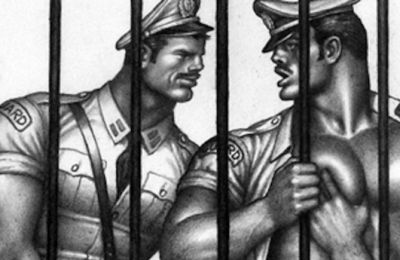 Tom of Finland is a known brand that is used by companies such as the Finnish Post, Finlayson and Robert Paulig. Now there is on going work to bring Tom of Finland to the mobile with chat, games and other digital products.

Many companies have licensed the intellectual property of Tom of Finland and have used it successfully as a part of their operations. Now a newly founded company, Finnish Games Ltd, has succesfully agreed an exclusive license to Tom of Finland products for a period of 5+5 years.

The company is now seeking funding starting at one Million (1 M€) euro. The funds will be used primarily to develop and market mobile games, chat apps and other digital properties based on the Tom of Finland characters.

The company is formed by experienced game industry people and business folk with experience from international business. Initially one can invest in the iconic characters with a minimum sum of 20,000 Euro and up. There has been plenty of interest and the target is to reach the target during fall of 2016.

More details on the opportunity on the company's investor proposal: http://www.frontier.fi/tomoffinland