Town in Finland has 7 faces of Donald Trump in its Coat of Arms. Why? 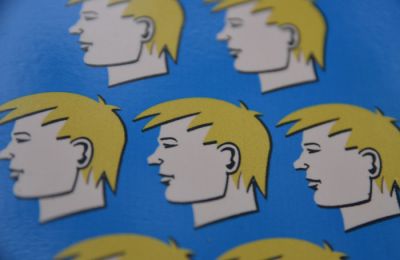 Donald Trump, the current president of the United States has certainly sparked some controversy. In addition to his brazen politics the business man turned politician also has an iconic apperarance.

The side profile of Mr. Trump looks a lot like the seven heads on the coat of arms of Nurmijärvi, a small town in Finland. This is now noticed by cheeky locals who have created the meme, "When your coat of arms is 7 Donald Trump heads". The picture is shown below. 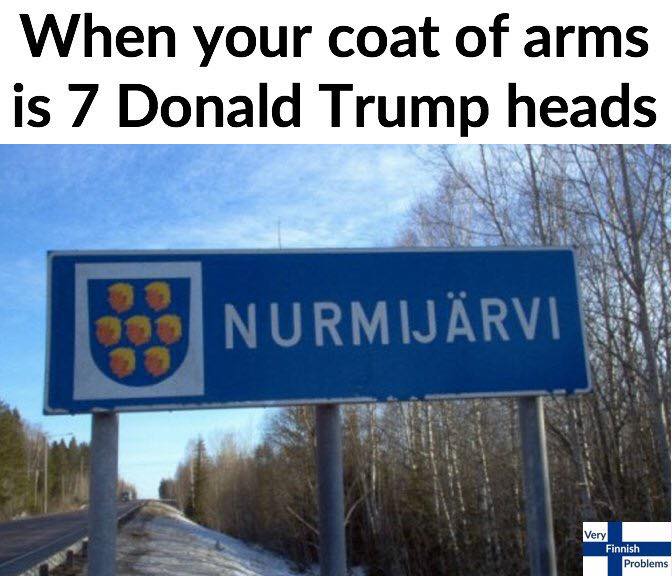 Obviously the coat of arms and the figures on it have only a coincidental connection to Donald Trump and his appearance. The seven heads in the coat of arms of Nurmijärvi originate from the book Seven Brothers. The brothers are described as being blondes.

The book was written by the Finnish national author Aleksis Kivi in 1870 and tells a tale of seven brothers growing up and ending to be respectable members of the society. Some still think it is the greatest Finnish novel ever written.