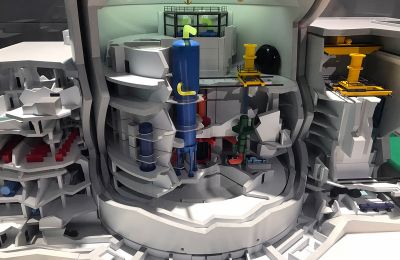 Finnish energy company TVO confirms that the French company Areva will pay hundreds of millions of euros for the delay of the construction of the Olkiluoto 3 nuclear plant.

The news of the agreement comes after a French newspaper released news that Areva has agreed to pay TVO significant compensation. This is now confirmed in an official press release from TVO:

The companies have agreed that the added cost and losses caused by late delivery will be paid for 450 Million euros in total. The payments will be done in to installments, and if Areva fails to finish the project by the end of 2019 it will pay an additional of 400 Million.

Both parties will end legal actions. An additional term in the contract is that contractors working on the project will get an additional 150 Million euro incentive payment from TVO if the plant is finished on the current schedule.

The plant is supposed to be online and generating power to the grid in May 2019. Originally Areva agreed in 2003 that the Olkiluoto 3 powerplant would be finished by 2009 and cost 3 Billion euros. In the end the project is ten years late and cost has ballooned to 8,5 Billion.