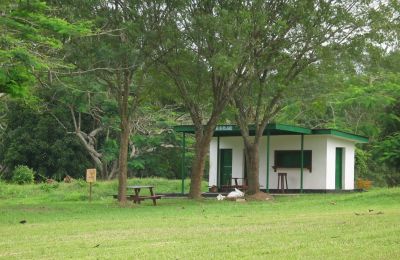 Ugandan Daily Monitor newspaper reports that a third dead foreigner, citizen of the United States, has been found in the East African country. The death follows a series of two suspicious deaths, first a Finnish man on business in the country was found dead in a hotel room. This was shortly followed by a Swedish citizen found dead in the capital Kampala.

The United States citizen was found dead in a safari hotel Bwana Tembo. The death of the 61-year-old Montie Guy Watson is the thirds dead westener found dead in the Uganda in a short period. The event comes following to suspicious deaths. As of now there is no reason to suspect faul play in this case as the incident seems unrelated.

The body was found on Saturday morning as his companion tried to get him to join for breakfast. Cause of death remains unknown. The man, who came to the country for holiday, was in good health when arriving to the country. Watson reportedly logged into the hotel on February 13th 2018.

The earlier deaths of the citizens of Finland and Sweden have had some bizarre circumstances around them. Drugs, Rwandan sniper asassin theories and involvement of a tarnished Finnish politician have excited the conspiracy theorists. A local reporter has been abducted by the authorities, and currently Kampala police is investigating the death of Tuomas Teräsvuori as murder.

Teräsvuori was operating in Uganda as a consultant representing the Finnish defence company Patria. He entered the country with forged documents, and two executives from the Patria Land division have been let go over confusion around the issue. The death of the US citizen does not seem to be linked to these events.

However, police was said to have stated that blood spatter was found in the deceased's hotel room. This was reported by multiple local media outlets, but remains unconfirmed. It seems likely that the public imagination has been excited by the stories and the death was simply an unfortunate coincidence.