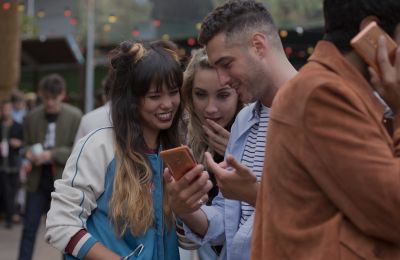 In Finland 18-25 year old young adults are in a class of their own in mobile data use. On average they use 30 Gigabytes of data a month, says the local operator Telia.

The average mobile data use according to the operator is around 10 Gigabytes per month - a third of what young adults use. Even that ten gigabytes is an exceptionally large amount on a global scale. The use of SMS messages declined for over a decade. Flat 4G data has been available since 2013.

According to the statistics from Telia, the biggest change in mobile use is in the consumption of data. In talk times the young are on par with the other age groups. It's a myth that the new generation would not use traditional voice calls - they use an average of 180 minutes of calls per month, only 10 minutes less than the average.

Finland a long history in mobile networks. From the early 1980s there has been a lot of activity in the industry, with the pinnacle being the global domination of Nokia in the 1990s and early 2000s. In the 2010s the company failed to catch the smartphone wave.

Since that time the Android and Apple devices have taken on the bulk of consumer devices, but Nokia is still a big player in telecomms technology. It has even returned to the Smartphone market with Android devices through a cooperation and branding license with a partner.

The statistics also show how significant effect the unlimited data connections and widespread 4G networks are. Over 99% of all 5.5 Million citizens are within reach of a LTE connection. These come at a maximum speed of 300Mbit/s and flat rate pricing of some $35 a month - including data, speech and unlimited roaming in the European Union.