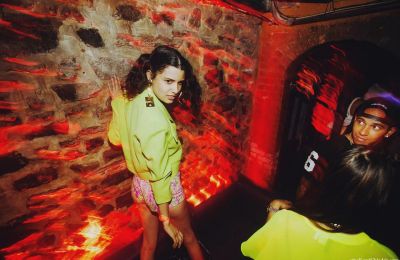 This is a backup of Talula Wilde sexual assault blog on where Kimi Räikkönen alledgedly sexually harrassed the Canadian waiter. The blog post is titled Sexual Assault by a F1GrandPrick and was published on WordPress.com

He was wearing a Lucky Strike hat and like the drunken brat I can be — I wanted it. “Yo! Lucky Strike!”. He looked over. “Come here.” He did. “What’s the deal with your hat?” “It’s an F1 sponsor,” he replied, “I got it in Bahrain from Takuma Sato.” “Oh,cool…An F1 driver sexually assaulted me once.” The smile on his face quickly faded and I just changed the subject…

See I use to be a bottle waitress in Montreal at Velvet Speakeasy and every Grand Prix Sunday, after the F1 drivers have finished a weekend of their piste de course many of them come to Velvet to get proper piste. And on one of those Grand Prix Sunday’s an F1 Driver and his sober friend sexually assaulted me.

On Sunday, its Guy Laliberté’s F1 Closing Party which rages until 8am. It was around 3am when, let’s just call him : F1GrandPrick and his friends or team members or whoever they were came downstairs. They had already spent $20,000 upstairs and you could tell —F1GrandPrick was swaying like an inflatable tube man and his english was sounding a lot more like his first language. A few of the men with him were surprisingly sober so I took their order of a few Dom Perignon’s. It was F1GrandPrick’s AMEX black card that was handed to me so like any good bottle waitress would — they were going to pay as soon as possible as I couldn’t risk a walk out on a bill this expensive.

When I returned a few fan boys had joined the table and were attempting some form of a conversation with F1GrandPrick, who was still swaying behind the table. I served them their champagne and was given a glass, I did a quick cheers but had little interest in talking to any of these men. I’d been at work in my 6inch heels since 9pm and it was now closer to 4am. I was in no mood to be flirty and stupidly sweet. I was sick of talking to the ugly rich people that the Grand Prix attracts, my weekend was coming to a close and I couldn’t wait. I left to get the bill and came back.

When I arrived back at the table I could tell F1GrandPrick was thirsty not for champagne, but me. After years of bottle waitressing and just being a living breathing woman you come to realize what that look in their eye means. I was use to it and tonight wouldn’t be any different. I would be playful and laugh at whatever desperate attempt he would make. I would play it off calm and cool as I always had. I wouldn’t hurt his feelings or be a bitch about it. Our exchange and my rejection would pass and he’d find someone else to desire and target, although he’d probably more likely be passing out soon.

I handed him his bill and had the credit card machine ready. I leaned over the table to explain the bill. I can’t recall exactly but I think it was around $2000. He didn’t care about the total but he had a question, “How much for you?”.

How much for me. I’ve gotten this question a few times and have even turn down $50,000 from a Saudi based out of Miami. I usually sweetly tell them “I’m not for sale.” Tonight my patience was wearing thin, 4 nights of working Grand Prix parties will do this to you.

“How much for you?” “I’m not for sale…” “How much for you though?” “…I’ll just add 20% tip then?” He shook his head and pushed the machine away. “I need you to pay your bill right now.” He didn’t want to talk to me anymore. I stood there staring at him while he drunkenly smiled back at me. I turned to look at his sober friend, my eyes pleading for some assistance. “He doesn’t want to pay his bill, but I need him to pay right now.” F1GrandPrick came closer to us, his loose body almost collapsing into his friend and I. His friend listened to whatever F1GrandPrick was saying and I waited. F1GrandPrick was done talking and moved away from us. “Soooo who’s going to pay?” With utter contempt for me, his sober friend replied, “He wants to know how much you cost.” I wanted to bottle them but I just walked away.

In the safety of the back store I ranted to the bus boys about my exchange and took a shot or two of vodka. I had no idea where my manager was, nor was I going to go find him because like a good bottle waitress I can handle my own shit. I went back out there. Back to their shitty table tucked away next to the dj booth. When I arrived they seemed amused I had returned. I gave them the smile I give when I’m actually imagining ripping each limb from your body. F1GrandPrick wanted to tell me something; he motioned for me to come closer. I leaned over the table and as I did he slide his hand into my dress and grabbed my right breast. While one of his friends slide his hand between my thighs and touched my pussy.

I was livid and in shock. As I stormed my way through the crowd, away from their table, I spotted my manager, “We have a problem!” I dragged him into the back store.

“F1GrandPrick and his friend just assaulted me. They just…” I told him the whole story. When I was done he said, “Okay what do you want to do?”

In a split second what I could do flashed before my eyes. I could call the police. I could tell them my story. I could press charges. There was bound to be witnesses. But I knew that it wouldn’t go in my favour. I knew the nightclub would not want the cops coming to their party. I knew the cops would see I was drunk. I knew the cops would take one look at my outfit and label me a slut. I knew that even if the case got to court F1GrandPrick’s legal defence would have no problem assassinating my character. One glance at my instagram and my art, my sexual empowerment would be misinterpreted and manipulated into “slut”. Then there was my recent dating history, a billionaire’s son, I’d be labelled a gold digger looking for a payday. It would go nowhere, it wasn’t worth it and a part of me didn’t care that much, I hadn’t been raped…

“I’m done my shift for the night, I want someone else to close his table and”, I opened the fridge and grabbed a bottle of Moët Rosé, “I’m drinking this!” And that was that. I barely thought about that night until the Lucky Strike hat. In my mind, it’s just some shitty thing that some shitty drunk people did.

With the release of the Donald Trump’s tapes and his “grab them by the pussy” comments, this topic has come up amongst my female friends and we all have numerous stories of inappropriate, nonconsensual encounters. A friend was recently chastised by her boyfriend because she doesn’t care to report how a bus boy at her work makes lewd comments and occasionally rubs up against the female workers. Behind his back, the female workers laugh at how pathetic he is. “You’re just enabling him!” She disagrees, she does not think its worth it. She does not care (she also use to work in bars in Montreal so perhaps it’s nightlife training in desensitization cause drunk men can be the worst) there are other more important things for her to focus on and I agree with her. “He doesn’t get what it’s like to be a woman,” I said to her.

We live this reality ever day. What really can we do? Most woman can recount numerous stories of men assaulting them with inappropriate words, touches and worst of all, rape. Countless times we’ve watched the system fail us. Rapist Brock Turned got 6 months in jail and served 3 months. Recently at Villa Maria metro station, Montreal police warned teenaged school girls about possible sexual harassment over the lengths of their skirts. Or when several Montreal women were sexually assaulted by taxi drivers the police released a statement of advice, encouraging woman to avoid taking cabs alone and to “limit their alcohol consumption”. It’s constant victim blaming.

On Sunday many of us watched the US Presidential debates. It was 3 days after the release of the “grab them by the pussy” tapes. Suddenly there was outrage. When it’s been months of Trump being a lewd misogynistic asshole but that’s where they’ve chosen to draw the line. In retaliation Trump brought with him the rape victims of Bill Clinton. On Sunday the whole world watched, as two people, Trump and Clinton, with all their privilege and power, failed the woman of the USA and the world. The rape victims and the tape are nothing more than chess pieces in a political game for title as the next American President. Don’t worry, we get it. It’s just another reminder that we don’t matter. That our bodies aren’t ours. That if we are so unlucky, we are there to be taken and given and punished and used by those with power, whether that be Bill Clinton or F1GrandPrick or Trump. We’ve learned that sexual harassment and sexually assault is a normal part of being a woman, perhaps even our fault. Even as the entire world watches there is rarely ever proper justice and how could there be when we’ve let a lewd misogynistic man like Trump and a rapist-ableing woman like Clinton get this far? One of these people is going to be the next President of the United States of America and where is the accountability?

In truth, my friend and I should take action against our assailants, but don’t blame us. Blame it on the sexist, ableist, rape culture that we are so deeply entrenched in that we have desensitized ourselves. We have learned to draw the line that sometimes nonconsensual touching is okay. Sometimes we will ‘exchange’ it for a laugh at the predators expense. Sometimes for a bottle of Moët Rosé. Our desensitization is merely survivalist as the alternative is more pain, more disappointment, more fear, to live in a constant state of livid outrage, to risk being labelled ‘sluts’ who wanted it or angry feminists…and sometimes it’s just not worth it. At this point, all I can hope for is that the numerous “grab her pussy” stories that have flooded the internet will contribute to the slow chipping away of our rape culture. Perhaps next time we shall question the misogynistic comments that men make a lot more carefully. Perhaps law enforcement will learn not to victim blame. Perhaps one day we will teach our boys that they don’t own the world and that woman owe them nothing. Perhaps…